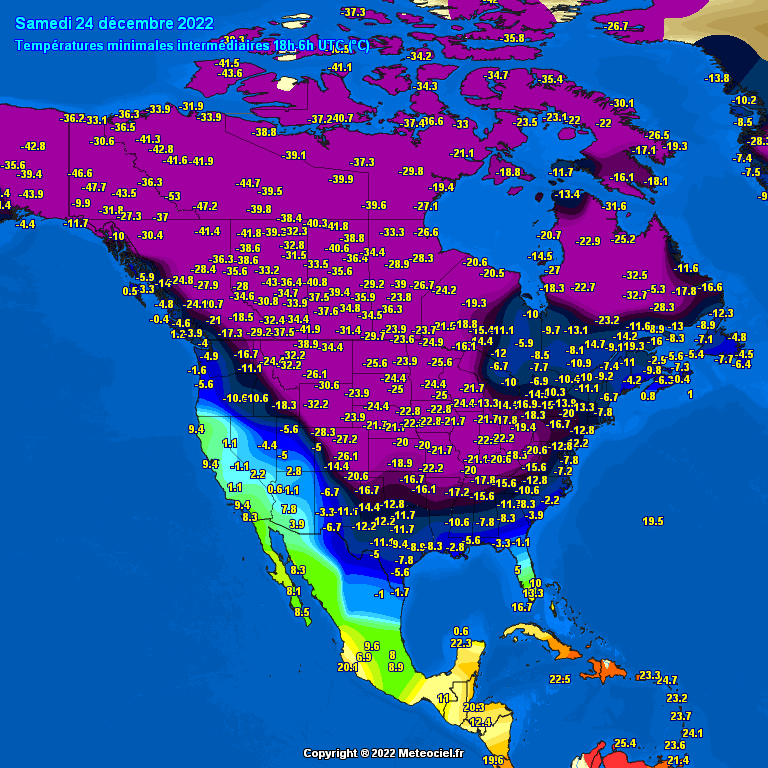 Frigid minimum temperatures were recorded last night over three quarters of the U.S.

🌨 W​inter Storm Elliott intensified into a bomb cyclone near the Great Lakes, bringing high winds, snow and blizzard conditions from the Northern Plains to western and upstate New York.
W​inter storm warnings and winter weather advisories are in effect from the upper Midwest to the Great Lakes and Ohio Valley.
Winds are still gusting over 30 mph, at times over a broad area of the Plains, Midwest and South behind the arctic cold front.
That’s producing areas of blowing and drifting snow, making travel hazardous even in areas where falling snow has ended.

➡️ B​y the next few hours the storm will move away into eastern Canada, but strong winds will likely linger in much of the Great Lakes, upper Mississippi Valley and parts of the Northeast.
Those winds blowing over the Great Lakes will produce bands of heavy lake-effect snow that could last into Christmas Day in the eastern Great Lakes.
Also, lingering areas of blowing and drifting snow are expected outside the lake snowbelts in the Midwest where snow fell the previous few days.
The brutal cold will continue through Christmas over most of the country.
But a big warm up is on the way to end 2022. 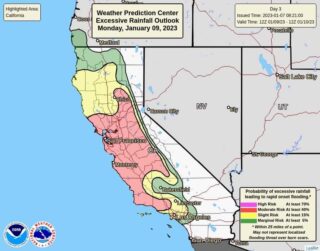 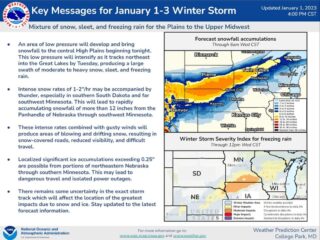