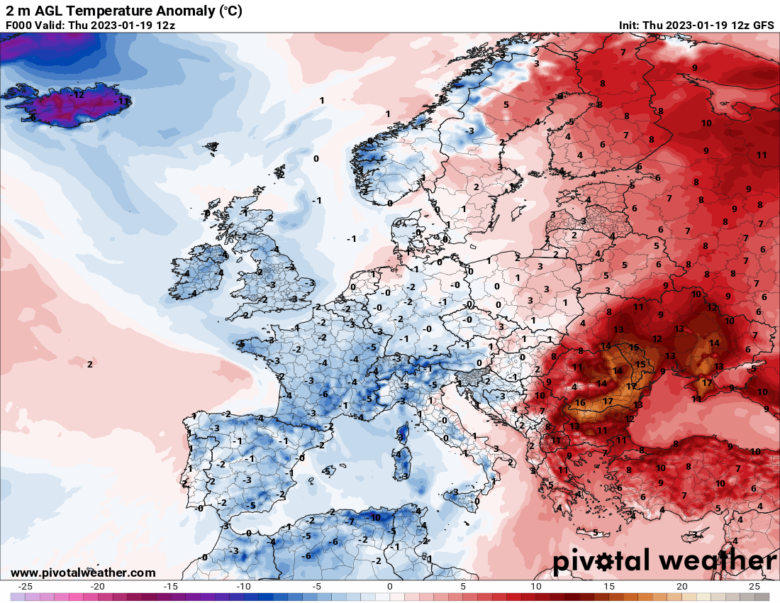 While central and western Europe grappled with an Arctic outbreak that brought widespread frost and snowfall, record warmth was recorded in eastern Europe.

❄️ Today, on the other side of the continent, a significant low is heading to the Bay of Biscay with more wet and windy weather for Iberia and Italy and lots of fresh snow for northern Spain, the Pyrenees and northern Italy.
Temperatures are up to 6°C below average in many places, above all over Spain, France, Austria, Switzerland and northern Italy.
The wintry weather will move to the Balkan Peninsula and eastern Europe by the end of next week.

📸 Credits by Pivotal Weather and Extremetemps 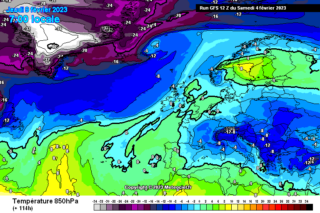 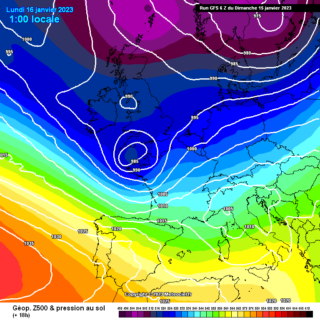