Another warm spell over most of Europe Exceptionally warm air is spreading into Europe as 2022 ends, bringing the potential for record-breaking temperatures.

🔥 A large area of Europe is forecast to have exceptionally high, potentially record-breaking temperatures as a pool of exceptionally warm air spreads in from the south-west, originating from well to the south of the Azores.
The only exceptions are some lowlands basins, like the Po Valley in nothern Italy and some other areas of the Balkans that could be affected by thermal inversions, fogs and mists.
Some areas of Europe also saw record-breaking high temperatures over the New Year period in 2021/22, making it the second exceptionally mild New Year in a row for much of Europe.

🌡 During New Year’s Eve, this warm air is spreading through France and as far east as Germany, with many areas seeing highs of 15 to 17°C and in excess of 20°C in south-western France.
Tonight, temperatures are forecast to fall no lower than 14°C in parts of northern Germany.
On New Year’s Day, we can expect highs of around 15°C extending into parts of eastern Europe, including Poland and the Czech Republic.
Temperatures in France will also be similar to today’s, except in the north, where some less mild air will spread in from the west. 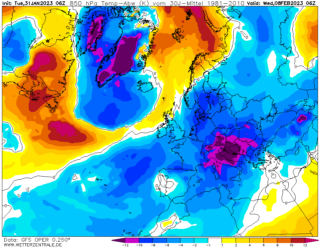 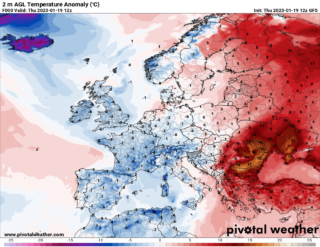